This morning Moo joined her brother on the ride to school.

After dropping Henry off I waited to see them turn up and she came racing around the corner, grinning from ear to ear.

Two down, one to go. 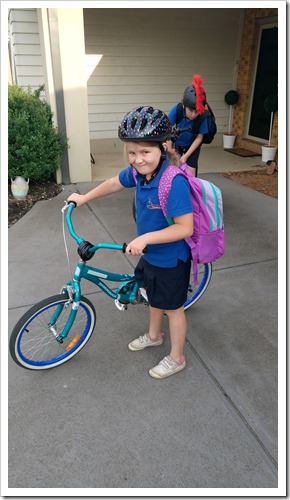 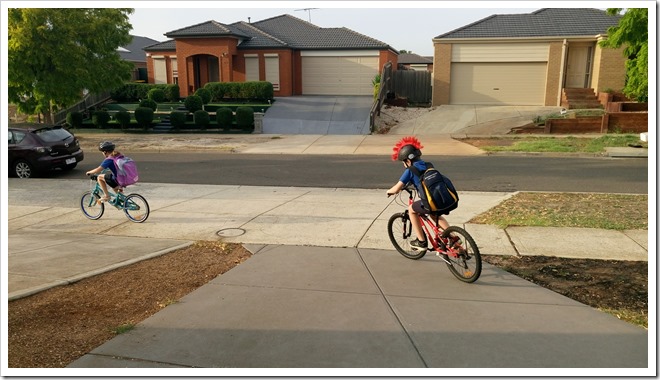 Much excitement, and a few nerves, this morning as Bert took to his bike to ride to school for the first time. Happy to say he made it in one piece and had a grin from ear to ear having made sure he rode by his friends who were waiting in the school yard. 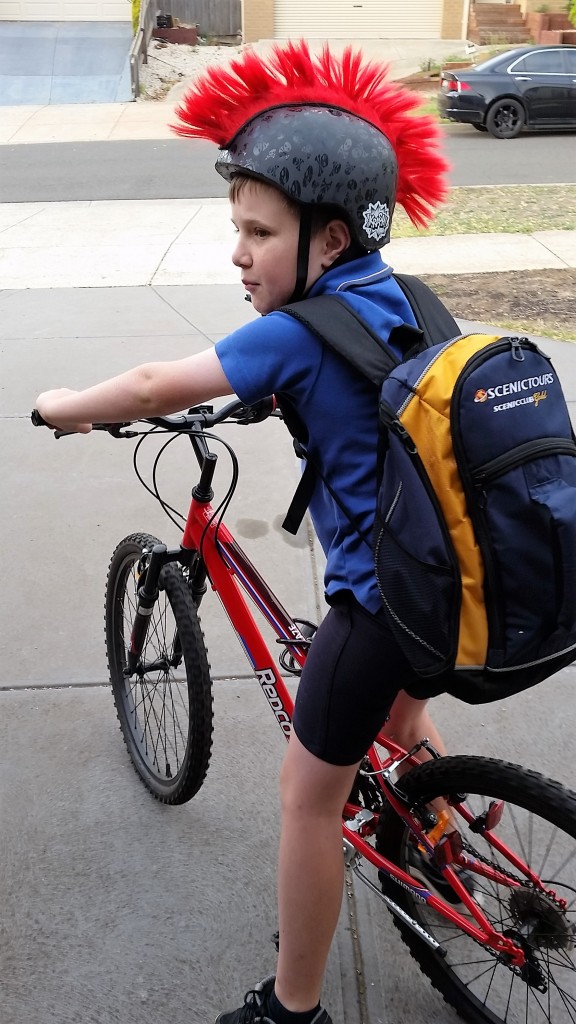 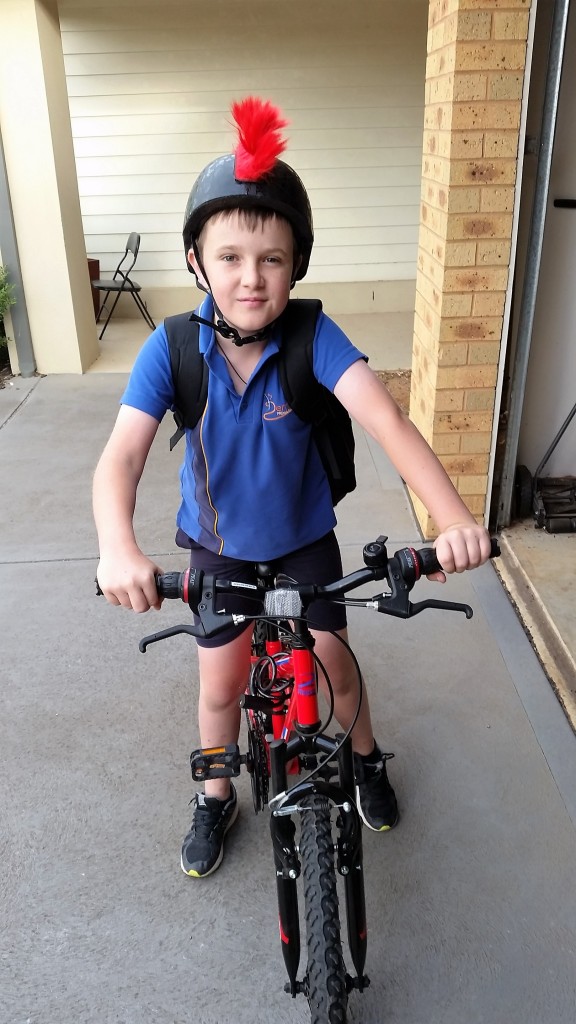 How to get Tony to look forward to lunch.

My wife knows me too well.

Rae is away all this week, busy in Canberra learning new things for her job. She left on Sunday night and is back this Friday. This means I’m in sole parent mode, and I think it’s the longest she’s been away by a couple of days. Things are going fine in her absence and this made me realise something.

Years ago I would have been asked if I need help with the kids. This time, nothing. I’m not sure if this is a reflection on my capabilities as a parent or simply changing times, but either way, it’s a good thing.

This morning I ran, well, jogged, a whole 3 kilometres. It was at an almost six minute pace and even given the humidity and heat I still felt it when I stopped, but I did it.

The best thing though? Given how my foot seems to have pulled up I should be able to do it again tomorrow.

It’s been a horrid four months. It started off when I popped my hip flexor way back at the end of August. This had me laid up for two months which was just enough time for me to recover and get an infection in my toe. Great. This lasted a couple of weeks but oddly enough my foot didn’t seem any better and I still couldn’t run so I went to the physio again and it turned out the hip flexor and infected toe were masking a pretty severe case of planter fasciatis, It was back off my feet again. The inflamation from the planter fasciatis spread to where my calf muscle connects at the ankle and this put me back a little more.

So, after months of stretching, icing and putting on weight I seem to have recovered from the shopping list of ills and my physio says I can start running again. Slowly and short distances at first, and he has suggested I concentrate more on endurance than speed in the future, but I’m back and I don’t want to go through this again.

I’m not a beach person. As a young boy I’d spend our two week vacation, at a house literally on the beach, upstairs reading a book. But then you have days like today; a perfect evening, two kids who have been great and deserve a treat, Rae out to the movies and a busy day that could do with a relaxing ending. All of this adds up to fish and chips by the beach so we packed up and headed to Altona.

We had fish and chips in the park, the kids had a run around on the big playground and we went for a stroll out on the pier. You couldn’t have asked for a better evening 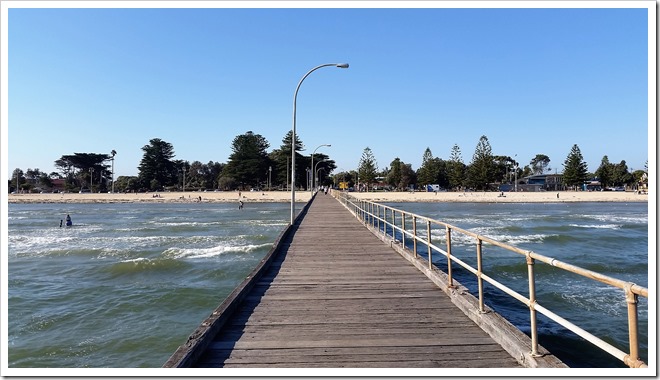 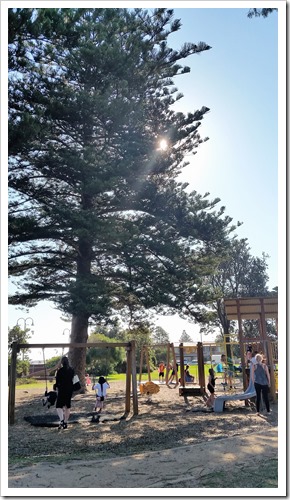 For most of last year I had two Windows Mobile phones (both running the Win 10 Mobile preview) and I loved them. Unfortunately one of them (the 640xl, my personal phone) developed a screen burn so I had to take it back. The good news is that it was a straight swap, the bad news was thanks to bad timing with model releases there were no 640xl’s to be had anywhere in Vic.

So I swapped back to Android, a Samsung Galasy 5S.

I’ve had the droid for a week now and here’s my quick summary :

My ideal world would be one where I could run Android apps on the WIndows OS, but with the abandonment of the Win-Droid bridge that’s never going to happen. 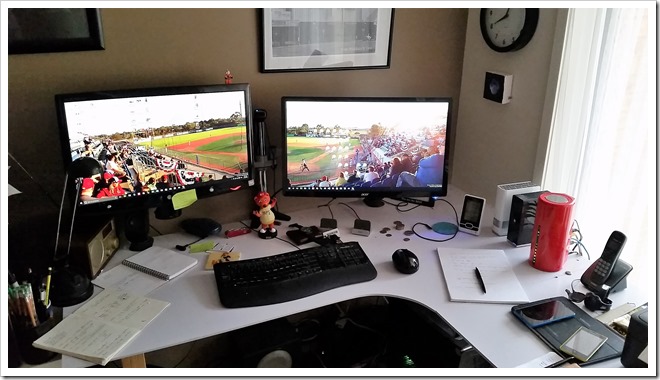 It will be challenging for the next few weeks as the kids are at home and Rae is back to work. Rae normally takes the first couple of weeks of Jan off but work comittments means there won’t be many holidays at all for her until October. The worse thing is I wish I could spend more time with them while they are home but January, which was once the quietest time of the year for me, has now turned in to one of the busiest. I’ll do my best to fit in some visits to parks and fun stuff, and no doubt feel guilty that I didn’t do more when I send them back to school. Just one of the joys of a working from home parent.

This is a little bit of Malloy history. 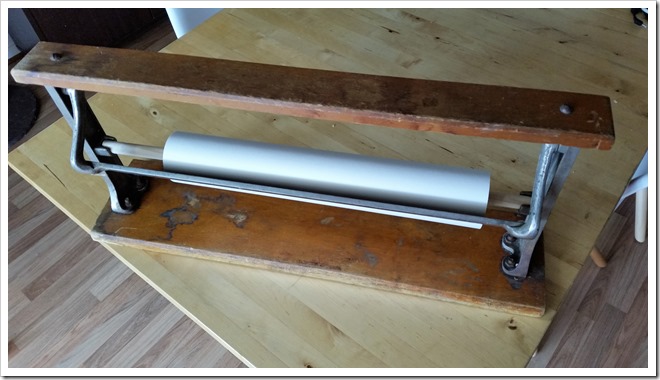 My dad ran a stationery shop for over 20 years, Ted Malloy Office and Art Supplies (55 High St, Shepparton, and bugger, I can’t remember the number; that’s going to annoy me). Anyway, underneath the glass topped counter was a space and this device lived there. It held a large roll of brown paper that was used to wrap goods.

It lived at my sisters for a while and a while ago it moved here. We’ve repurposed it for the kids who can now grab drawing paper whenever they want.

I bet dad never thought that 40+ years after it was first used it would be still going strong.

We thought the boys needed a little help so yesterday we left them out in the summer rain to grow a little. 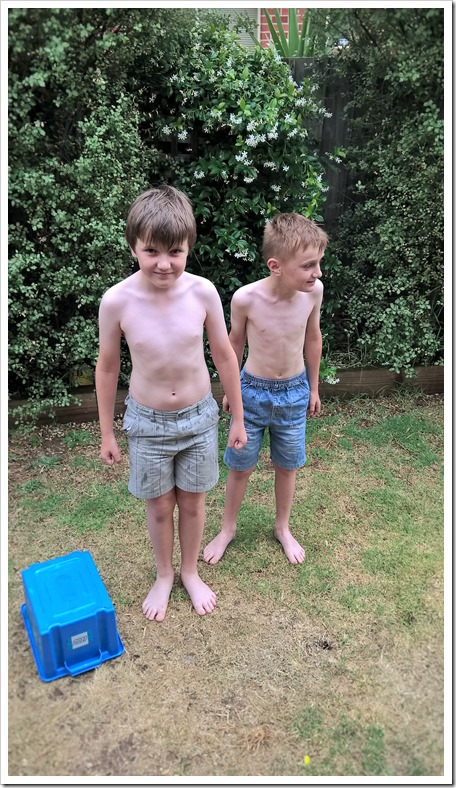