Drama in the street this morning. I was working away when I heard the squeal of wheels and then THUMP, BANG, THMUMP WHUMP and a car horn blaring.

Oddly enough it took a couple of seconds to register what was going on. When I went outside our neighbour’s car was sitting in the middle of the road. It appears her accelerator stuck as she was pulling in to her drive. She knocked over the letter box as she swung around, just missed slamming in to a tree but smashed a car on the street, then another one which slammed in to the side of another. Three cars written off, one damaged. Thankfully no one was hurt and the street was quiet.

More neighbours came out to check all was okay, I was asked to call the police as cars were littering the road. It was as we were waiting the neighbour told me they had no insurance on the car. 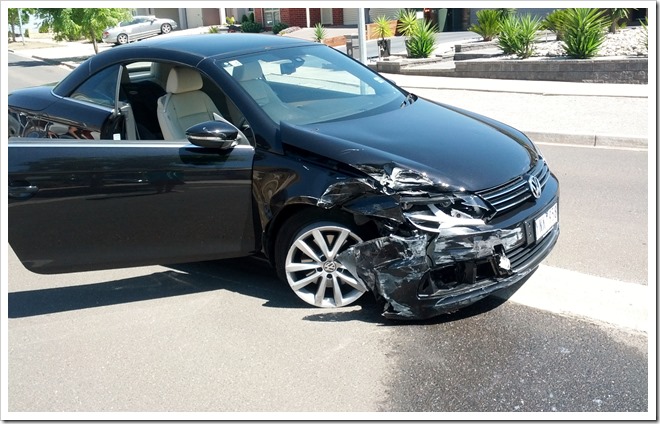