A little while ago Rae won a competition, one she probably wishes had have been for herself. The prize? To get to run through the banner with the Bulldogs on game day. Mr Henry was the lucky boy and after initially being scared he slowly came around and by Sunday, thanks to gentle encouragement, positive talk and spiffy pair of new blue and orange sneakers (just like Bob Murphy’s boots) he was raring to go.

We were given access to the rooms as the boys finished their warm up and Zita, Rae, myself and the kids got to form part of the guard of honour as the players came on to the field. It was amazing being on the ground prior to the game, and I even managed to find a fellow TIger supporter in the line next to me.

We were so proud of our little man, he did just as he was told and did it all by himself. Google have made this great little film of him running along. 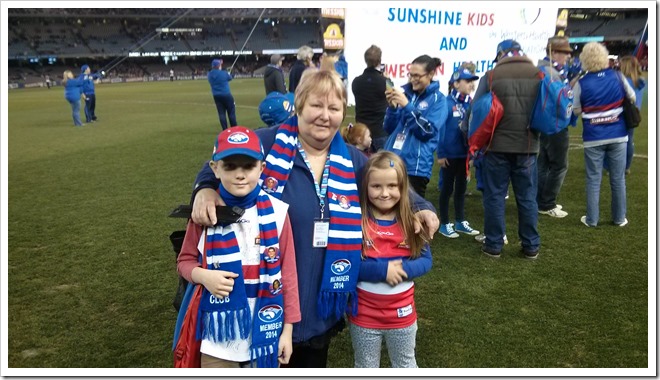 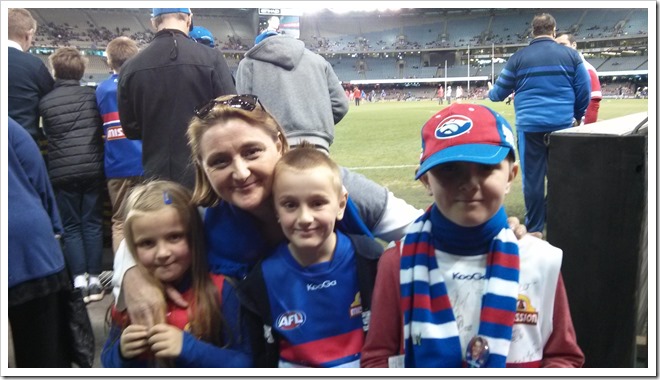