We have a nice television. It’s a few years old, it’s CRT but it’s wide-screen and has a presence that makes people say ‘wow, nice telly’. Then we turn it on and they really like it. However for a while now something has been wrong; the magnetic coil has been out of alignment and there’s been a bright green patch in the lower left corner. It’s particularly prominent on red or blue backgrounds and being somewhat of a perfectionist when it comes to my television I’ve been unable to take my eyes off it. I couldn’t tell anything that’s happened on any show we’ve had on for a while now, but I can spot that shade of green a mile away.

Thankfully I’ve tracked down a contact through work who has offered to lend us a degaussing wand and I’ve dispatched Rae to the outer fringes of Melbourne to pick it up. The street is so new you need the latest Melway to find it so I hope she’s packed a lunch.

My plan is to get home, get changed, unplug the DVR and place it a long way away, fix the telly and then sit down in front of it and not move for many many hours. 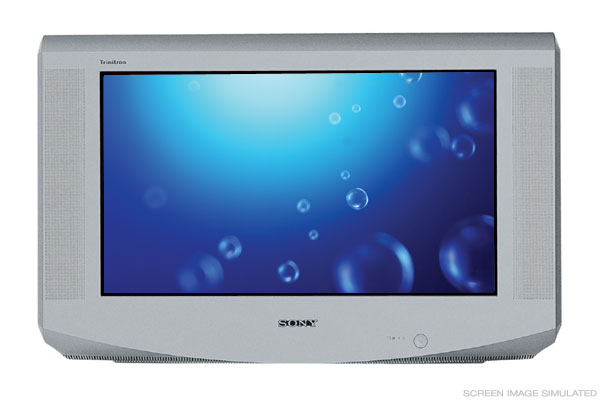 3 Replies to “Tonight I Will Watch”